I seem to keep running out of time and something has to give to save my sanity, so I'm taking a short break from blogging.  It may only be until the end of the month (and most likely will not be that long) and then hopefully things will return to normal.
See you all soon ...
Posted by Eileen T at 6:44 pm 10 comments:

I've been racking my brain (didn't take long!) to see if I have any firsts to report, but I'm not sure that I do.  I've been out and about quite a bit but there's nothing I haven't done before - lunch with friends, band practice as usual, photo walk along my usual route around the village, book group, games night and a couple of trips to the cinema.  But as for anything new ... can't say there has been anything ... unless ...
Does taking on the role of secretary to the band count?  As well as being one of the musical directors of the band I have also taken on the responsibility of the secretarial role.  I've performed lots of the tasks when I worked in an office in the dim and distant past, but this is the first time I've ever done these things for the band.  It's going to be interesting is all I can say!
Taking on the additional role satisfies my wish to do some voluntary work in my retirement (the band is a registered charity) but I still plan to keep my musical responsibilities as well.  It'll keep me busy, but I'll be busy doing something I love.
I'll be back tomorrow with more of an update.  Hope you're all well and are having a good week.
Linking with Sian at From High in the Sky.
Posted by Eileen T at 6:05 pm 6 comments:

... tiptoes in quietly, hoping nobody notices that she hasn't been updating her blog for the last week, and leaves four photos for Helena's Snap meme ...

showing the inside of four different coloured tulips 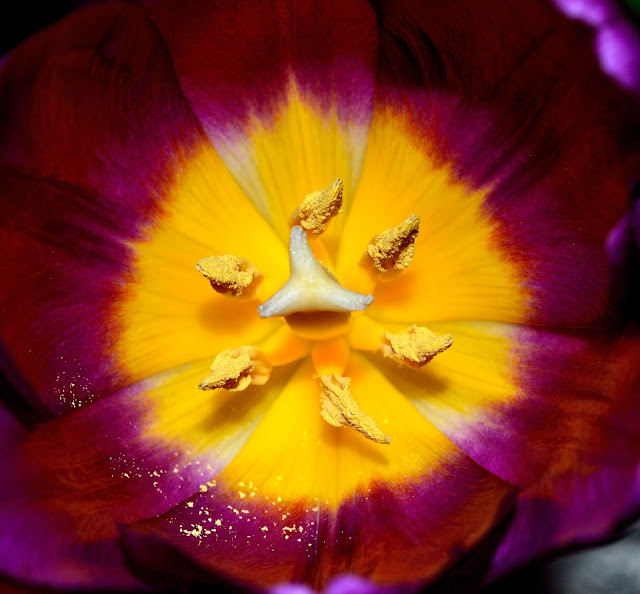 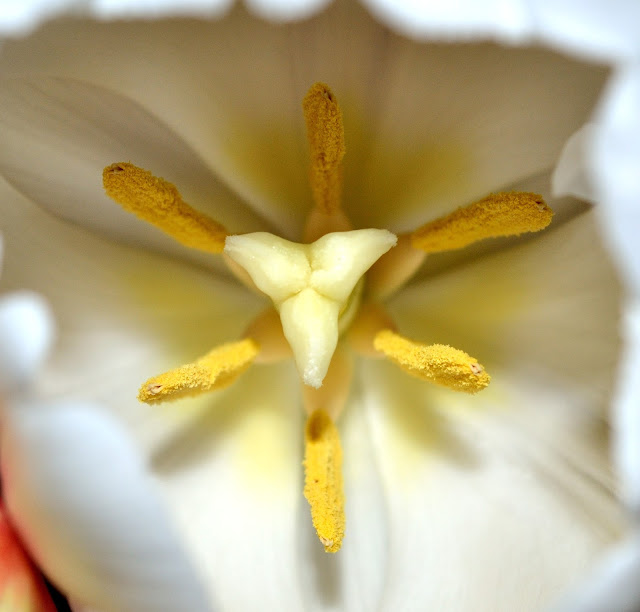 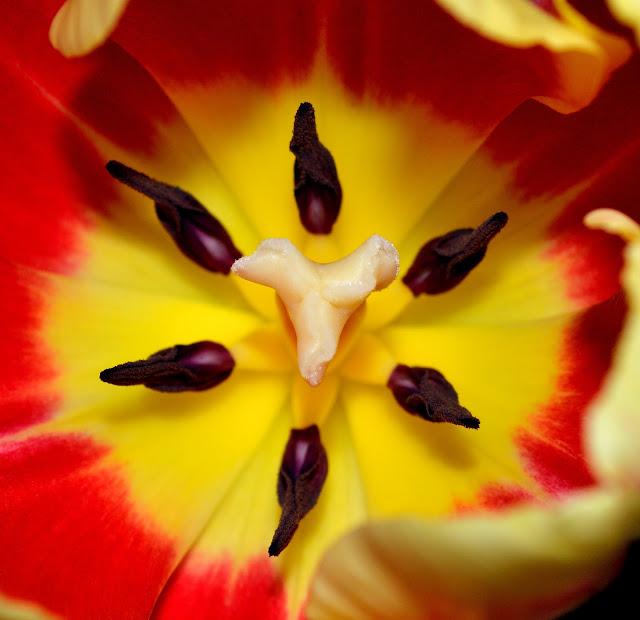 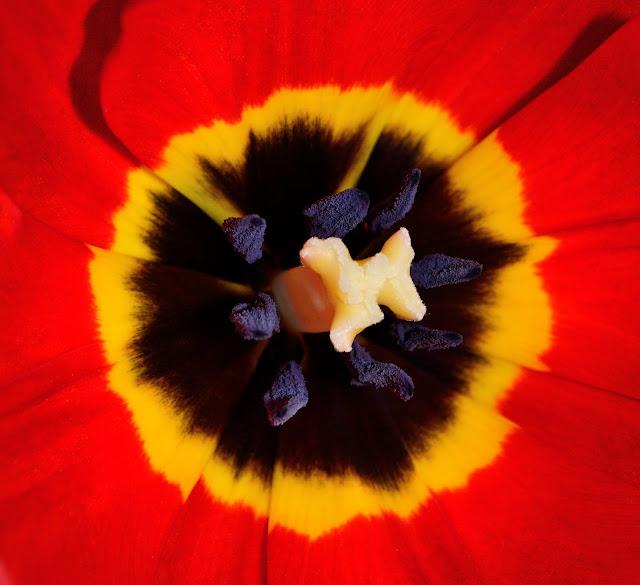 Hope to be back blogging properly at the weekend.

Snap is Helena's new meme for 2016 and is a linked set of between 2 to 4 photos that have a common visual theme.  At least I think that's what it is!
I've looked around the house and come up with the following three photos showing globes/circles:
1. my new lampshade for the bedroom
2. marbles
3. coriander seeds 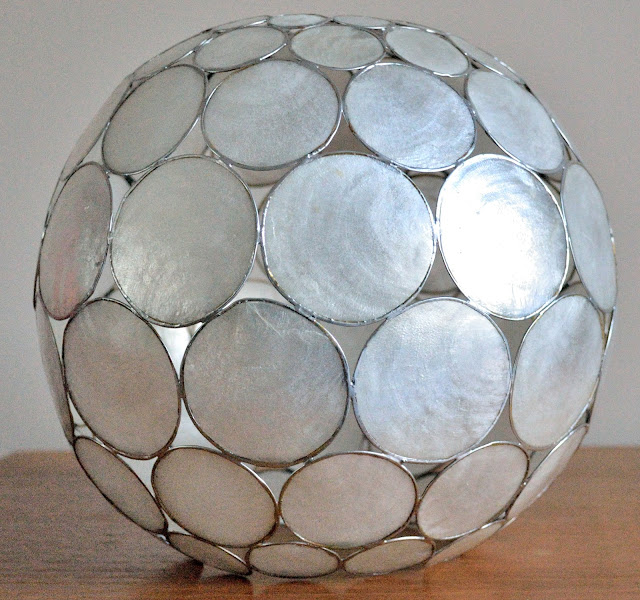 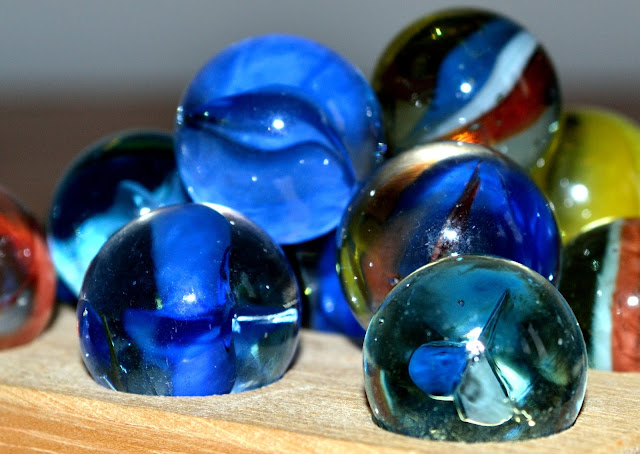 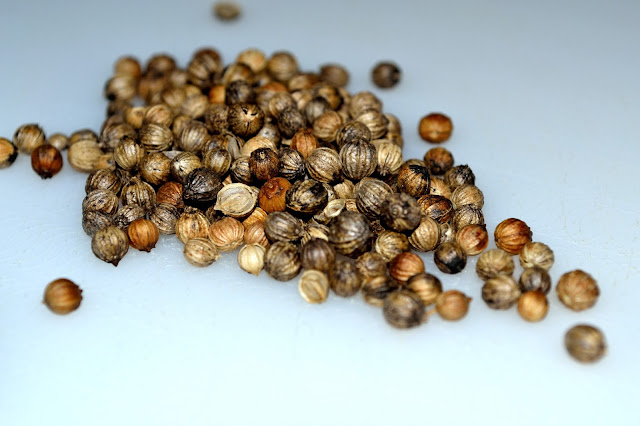 If I've misunderstood the instructions, please will you let me know?

These were taken yesterday and I'll hold my hands up to admit that I didn't stick to the five minute timescale this time.  I did try to, but most of the photos were blurry so I had to pick the best ones from the afternoon ... this pup is a little whirlwind! 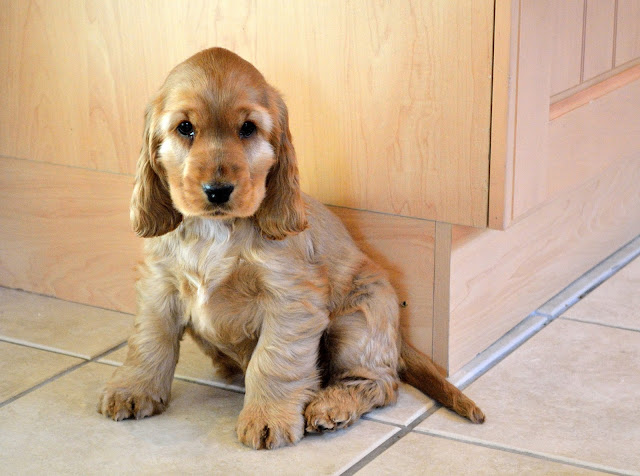 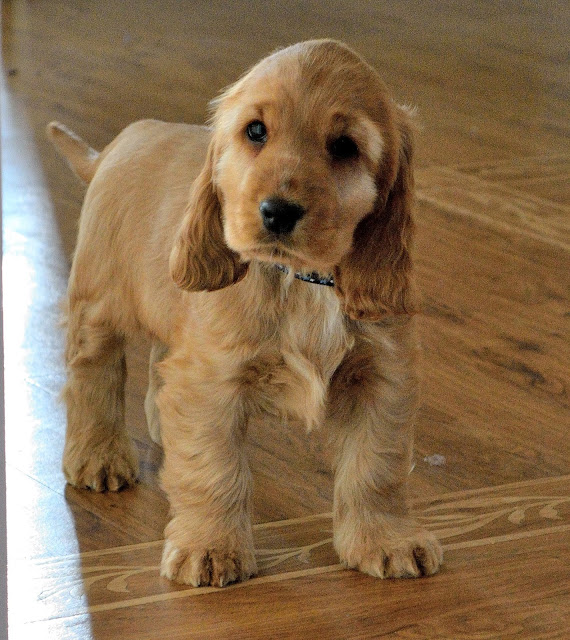 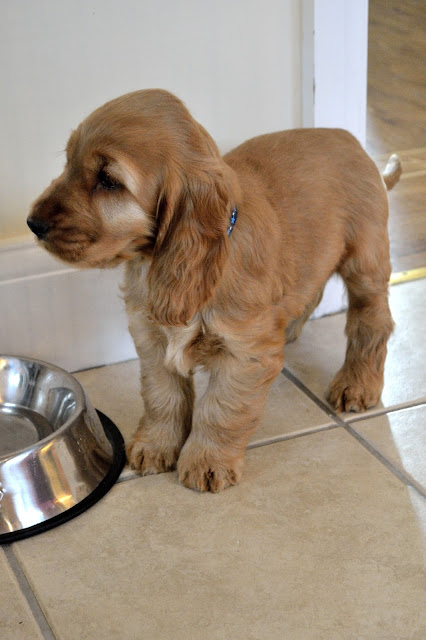 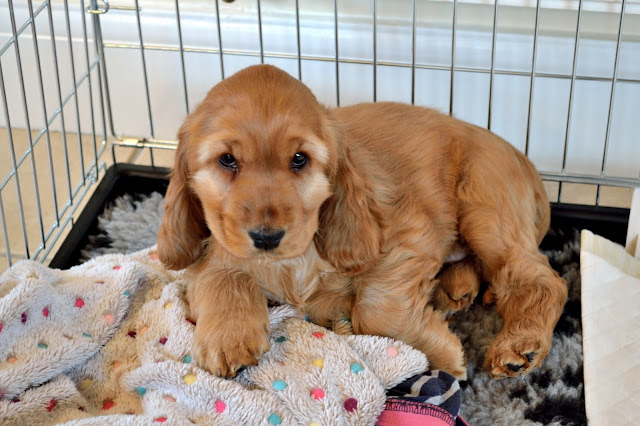 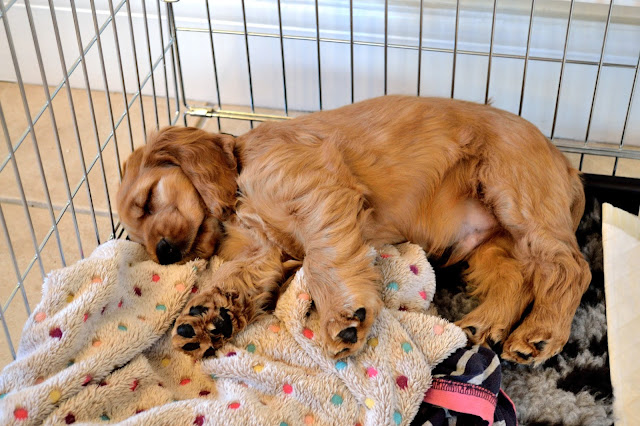 No, he's not mine! Yesterday I had a lovely afternoon with P who is the proud owner of this beautiful pup; he's nine weeks old (I think she said) and is settling in nicely in his new home.  I expect there will be lots more photos of him in the future.
Linking with Sandie @ itchifingers.
Posted by Eileen T at 6:30 am 13 comments:

Memorandum Monday, Sian's new meme for 2016, asks you to write about something new that you did over the weekend.  Maybe it's something you did for the first time or maybe it's something new that you learned ... Memorandum Monday is the place to share it!
My something new is a trip to the Odeon on Sunday Night.  Well, going to the Odeon isn't actually something new, but what I watched was.  I saw a live screening of Shakespeare's A Winter's Tale, starring Judy Dench and Kenneth Branagh, which was a 'first' on two counts:  the first time I've seen Judy Dench acting in a play (which was the reason I went and have now ticked off another from my 101 list), and the first time I've seen this particular play.  I've read it before but had never seen it performed before last night.
Many thanks to Sian for coming up with this idea - it's going to be fun to see what everyone has done or learned.
Posted by Eileen T at 6:39 pm 5 comments:

Read | I've just finished reading The Kind Worth Killing by Peter Swanson, and have just started on The Skeleton Road by Val McDermid.
Watched | I haven't watched much TV this week but I did catch Esio Trot tonight; quite a sweet film which was perfect for how I was feeling.

The best thing I've watched recently was a live screening of the Royal Ballet's The Nutcracker; it was such a magical performance and, of course, perfect for Christmas.


Heard | On Christmas Day I turned the radio on to listen to the countdown of the Nation's Favourite Carols as I was cooking my Christmas dinner.  It featured all the well known carols, including different arrangements of some of them.  It was a real treat to also hear some of the lesser known carols.
Made | I've made a start on getting the quotes for the improvement I'd like done to the house.  So far, it's turning out to be cheaper than I'd estimated so I hope that's how it continues.  The work won't start until the heating is switched off at the end of the winter, so I'll have plenty of time to dream and plan.
Worn | I treated myself to some new clothes in the sales and that's what I've been wearing.  Four new cardigans, 2 blouses, 1 skirt, 1 pair of exercise trousers, 1 jumper and some new night clothes.
And Lastly ... Actually, I haven't worn the exercise trousers yet, but will do later today ... it's the first day of my exercise plan, which is to go out for a walk every day.  I have a Fitbit Zip to track the number of steps and calories I've burned off, so fingers crossed that it goes well and I start to feel the benefits.

Thanks to Morgana for organising this weekly link up.
Posted by Eileen T at 7:30 am 7 comments:

It's the end of the first month of the Winter Photographic Scavenger Hunt so I'm posting a linky so that we can see how we're all getting on.
I haven't taken many photos yet but here is the link to the ones I took a couple of weeks ago. I'm also showing four new ones in this post - close ups of new decorations bought in the sales.
No 2 | Tinsel 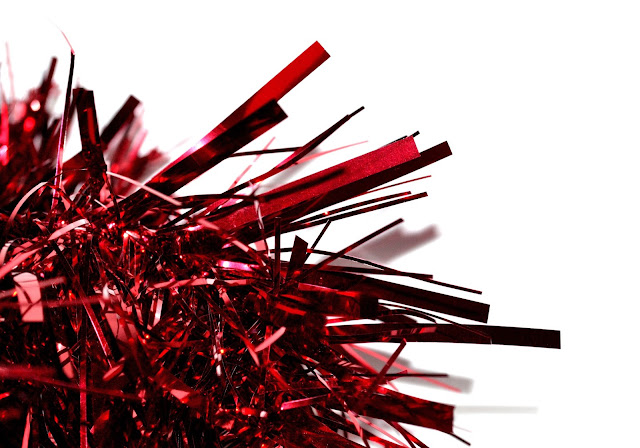 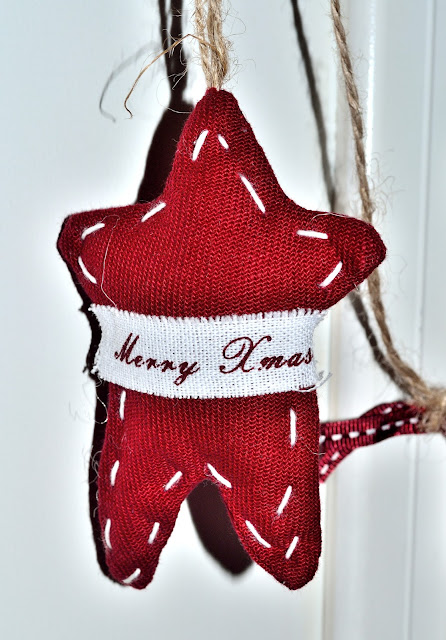 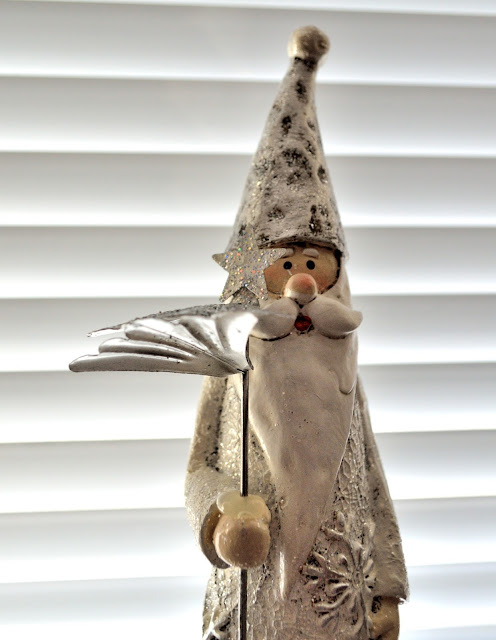 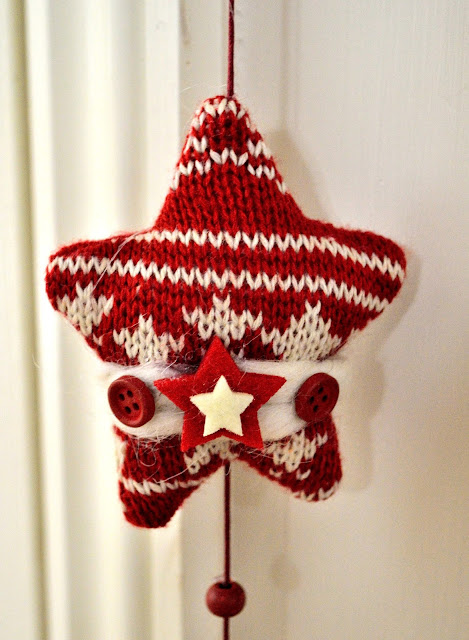 How are you all getting on?  Please add a link to your scavenger hunt posts so that we can see your photos and leave lots of encouraging comments! It's not too late to join in.  The closing date for the Winter Photographic Scavenger Hunt is March 21st 2016 - click here to find the full list.