I've managed to get a photo for each entry on the list, although I've had to use my archive for three of them - I ran out of time!

Many thanks to Kathy at Postcards from the P.P. for organising the scavenger hunt.

26 Week Photo Challenge - Half A Mile From Home

The challenge this time is to walk half a mile from your front door and take only five photographs.

I live bang smack in the middle of a housing estate so I knew that photos of beautiful views were completely out of the question and I would have to look carefully for points of interest.  I also chose to do my photos on 'bin day' (because it stopped raining and the sun was out!) so the roads were full of the grey and the green wheelie bins which validated the decision not to go for the big picture and to stick to small details.

I'm busy adding to my stash of photos for my Project Life album, capturing images I see on a daily basis so I decided to add these five photos, detailing the start and end of my drive to work.  I decided on all of these images before I left home (rather than look for them when I got there) - they have all been cropped to improve the composition of the end result.

Photo no 1 is of some ivy poking its way through a fence on the crossroads.  The fence really is that colour, probably the reason that it always catches my eye as I drive out of the estate. 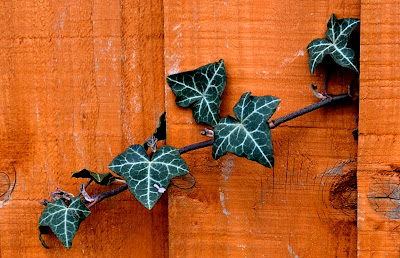 Photo no 2 is also seen on the drive out of the estate but just round the corner on the other side of the road. This garden is always a riot of colour and again always catches my eye as I drive past. 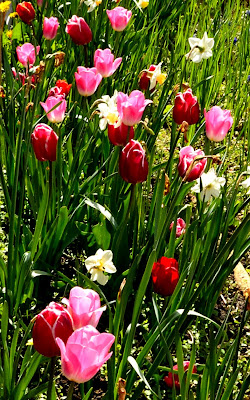 Photo no 3 represents the general appearance of most of the road - brick walls with overhanging greenery. 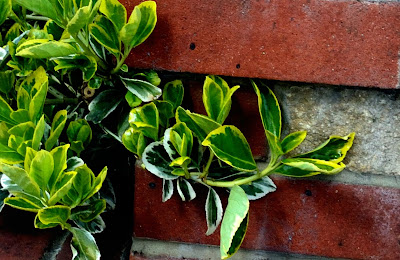 Photo no 4 is my favourite one and this view of the magnolia tree against the sky is one of the images I see on my drive back home. 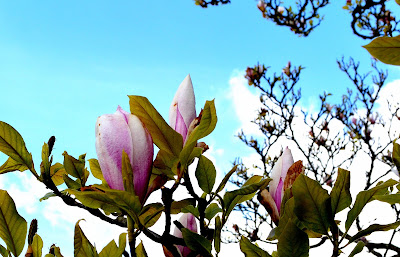 Photo no 5 is on the crossroads, opposite the orange fence in photo no 1 and is another image I see on my drive home. 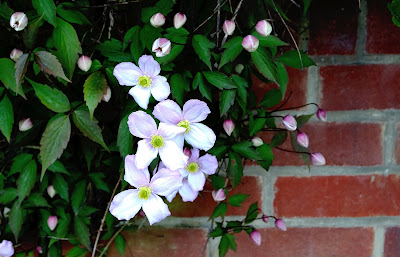 Linking with Karen @ Me, My Camera, Eye. Many thanks, Karen for organising the challenge - I really enjoyed this one.

One of my 52 things is to take part in a 24 hour read-a-thon, and today's the day. It starts at 1:00pm and I'll be updating this post throughout the 24 hours.  I know I won't be able to complete the full 24 hours of reading because Ced will still need my help but I'm going to do as much as I can.

I have a pile of books from the library, plenty of snacks and drinks, just organising lunch whilst I wait to get started.

Hour 13: Mid Event Survey
1) How are you doing? Sleepy? Are your eyes tired?  I was feeling tired so had a 30 minute nap and am now feeling good for another few hours with my head in a book!
2) What have you finished reading?  finished 2 books so far.
3) What is your favorite read so far? Spin a Wicked Web by Cricket McRae.  This is part of a series so I'll be looking out for the others.
4) What about your favorite snacks? I should have made more effort with the snacks ... definitely will in October!
5) Have you found any new blogs through the readathon? If so, give them some love! I haven't been checking the other blogs - will have a look round when I get to about 18 hours.

I'm joining in with a meme organised by MizB @ shouldbereading. To play along, just answer the following three (3) questions…


Currently reading: A Cotswold Killing by Rebecca Tope -the first in a series of books featuring the character, Thea Osbourne.  I've only just started it but I was hooked on the first page - a nice gentle English murder mystery.


Recently finished: in the last two weeks I've read 'Frog' and 'Frog and the Sandspiders of Aridian', two children's books written by Joffre White.  Excellent books and I can't wait for the remaining two books in the series to be published.  I also read 'Mistress of the Art of Death' by Ariana Franklin which was a murder mystery set in medieval England.  This was a bit of a slow start and I nearly gave up with it but I'm glad I kept going because it ended up being a very enjoyable read.  There are other books in this series which I'll be adding to my 'to read' list.


Reading next: As one of my 52 things I'll be joining in with the Dewey's 24 hour Read-a-Thon which takes place this coming weekend so I've stocked up on books from the library.  I won't be able to do the full 24 hours (because I'm a carer and so have unavoidable demands on my time) but I'm hoping to be able to read/join in on the internet for about 12 to 18 hours and hope to read at least two books in that time.  I have the following books to choose from: Presumed Guilty - Tess Gerritsen, One Summer - David Baldacci, The Book of Murder - Guillermo Martinez & Oxford Blue - Veronica Stallwood.  All chosen because they look like being fairly undemanding reads, which is what I'll need to get through a read-a-thon.
Posted by Eileen at 8:14 pm 2 comments:

Well here are my photos - nothing very special at all.  I had plenty of ideas of what I wanted to do but couldn't realise what was going on in my head!

The first photo is the most disappointing.  It's one of the doors for my doll's house (still waiting to be fitted!) and I was trying to get the feel of the door hanging in space.  The main problem was that, because the door isn't finished, it wouldn't stand up properly so I had to prop it on the edge of a table and the background isn't as I envisaged - I was aiming for a very monotone shot so I don't like the line cutting through the background or the darkness of the table.  The exposure is off as well! 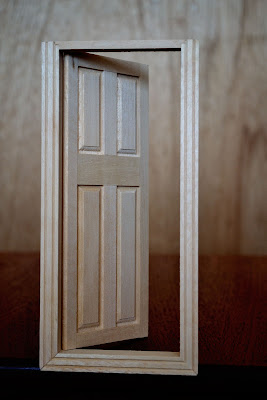 The best/favourite photo was taken when I went to Imber and I've picked out some of the detail on the church door. 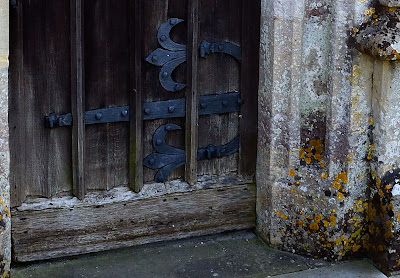 The last photo is of one of my car doors.  Nothing very remarkable and a bit of a 'nothing' picture! I was aiming for 'abstract' with the different shapes. 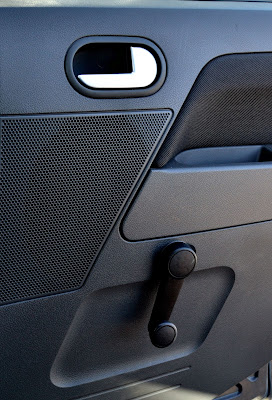 Linking with Karen @ Me, My Camera, Eye. Many thanks to Karen for organising the challenge. 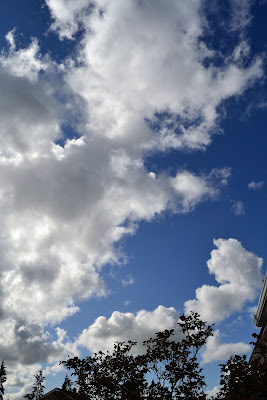 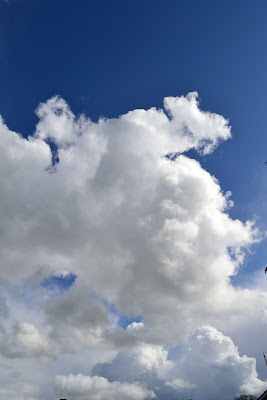 Linking with Skywatch Friday﻿
Posted by Eileen at 9:40 pm 2 comments:

Time to get started on some crafty stuff!

I went into town today, just for some fresh veg and milk, but as I was walking past the fabric shop an invisible force dragged me inside  ... once I was there I thought it was only polite to buy something! 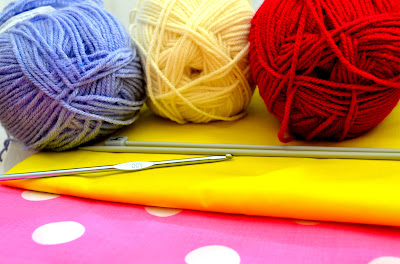 The yellow and pink spotty fabric remnants will be used to make pillowcase dresses for charity.  The wool is for me to learn to crochet and also to make little hats for the Innocent Smoothie's Big Knit 2012.  All three projects are part of my 52 things.

The sewing will be easy enough and although I'm not very good at knitting, I will be able to manage the little bobble hats.  The biggest challenge will be to learn how to crochet. I'm going to do a ripple blanket using this pattern.  I know that the sensible thing would be to start on something easy, but that's not me!  If I get really stuck the fabric shop runs loads of workshops and there is also a knitting/crochet club every Tuesday morning (which luckily is my day off!), and a sewing club every Tuesday evening so there is plenty of help on hand!

Inside the Church of St Giles in Imber. 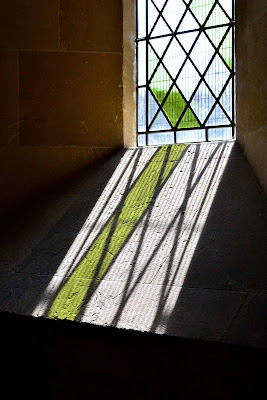 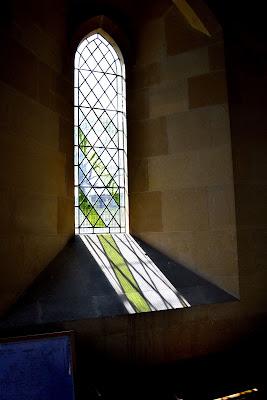 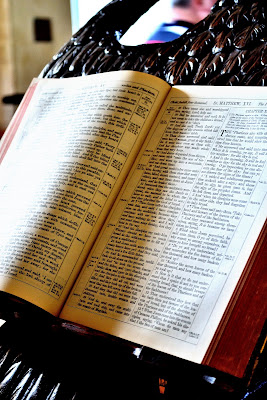 Linking up with Shadow Shot Sunday 2.
Posted by Eileen at 3:36 pm 10 comments:

For the first time ever I have successfully given up something for Lent ... no coffee at all for the last forty days!

See I do have some willpower, she says smugly!

Little Imber on the Downe

Imber is an isolated, uninhabited village on Salisbury Plain in Wiltshire which is now used for training by the British Army.  It was inhabited from 967 when it was mentioned in the Domesday Book, up to 1943 when the villagers were evacuated to provide a training area for the American forces in WW2.  The villagers were given 47 days notice to leave their homes with the promise that they could return after the war, but, although the village was still habitable at the end of the war the people were never allowed to return.  It has been used by the military since that date.

Imber is opened to the public at certain times throughout the year, Easter being one of these times.  So today I drove over to take some photos and see if I could find any mention of my family - I traced my family tree and some of them originated from Imber.

There is plenty of evidence of the army everywhere - there are signs everywhere, from the time you enter the military zone and all through the village. 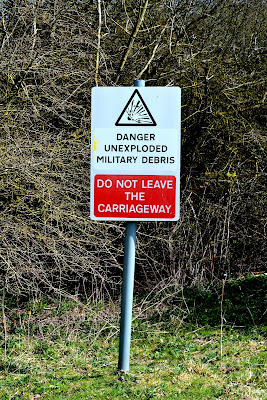 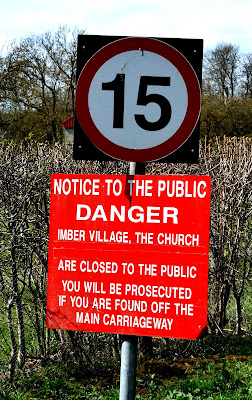 On the drive in you can see lots of deserted tanks, there were cattle grazing around one of them! 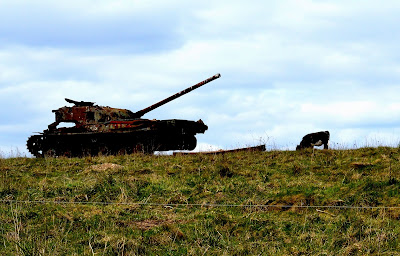 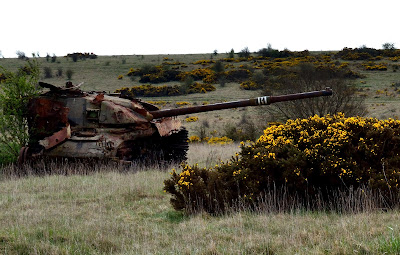 This is what the village used to look like: 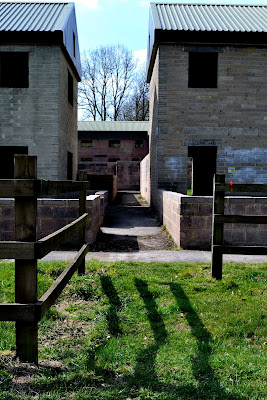 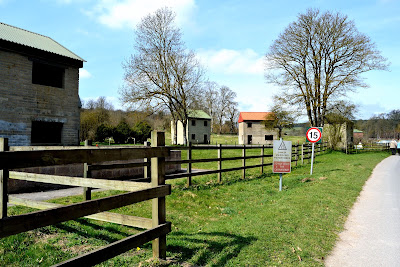 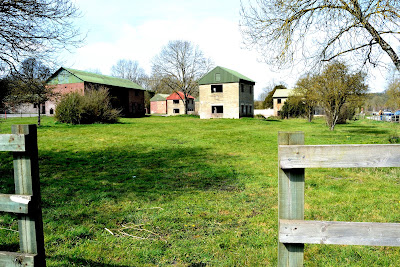 There are only a few of the original buildings left. 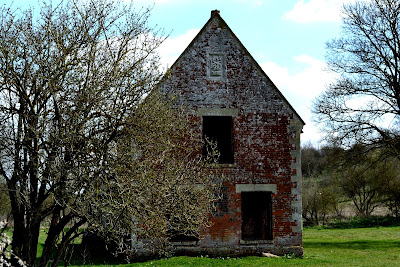 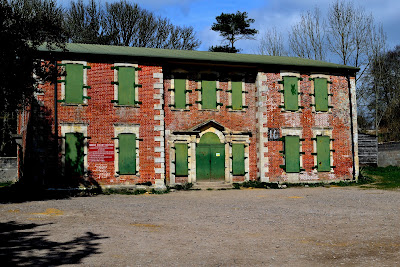 The church is a grade 1 listed building and is still within the Diocese of Salisbury, although access to it is controlled by the army. Inside the church you can still see some of the original 15th century wall paintings and the 17th century bell ringing changes. 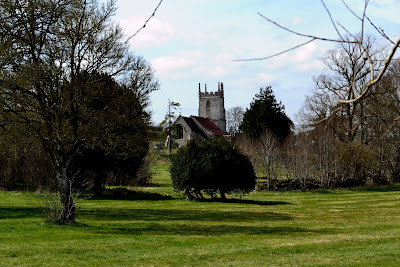 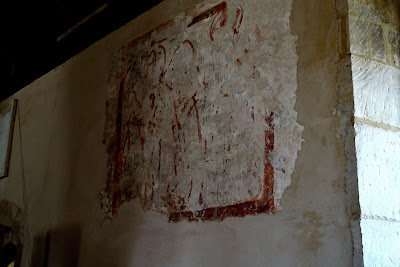 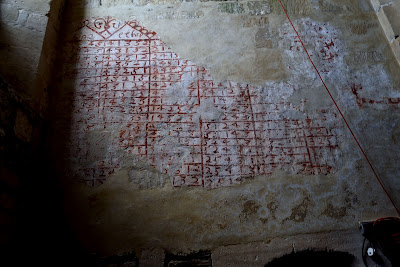 This plaque acknowledges the sacrifice made by the villagers: 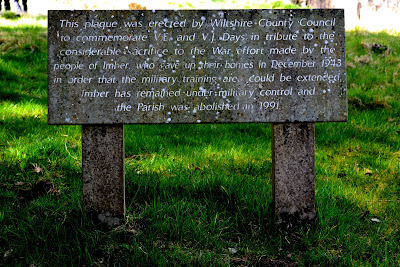 And finally ... do I hear sighs of relief? .... I found some mention of my family.  My maternal grandmother's maiden name was 'Meaden': 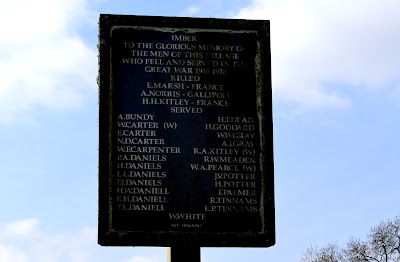 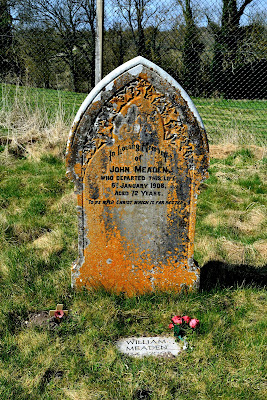 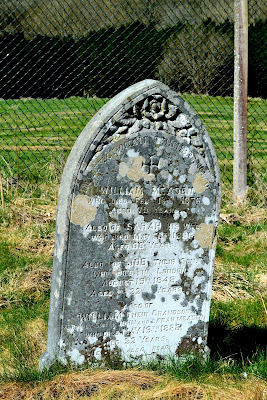