C is for Cherhill 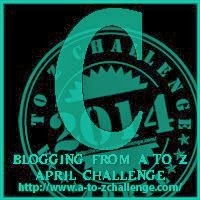 Starting with the local dialect words, do you know what cham means?  What is a clinkerbell?  What does count mean?  What (in the plant world) is a clock? The answers will be at the end of this post.


Today we are in Cherhill, a small village about 19 miles north-east of Trowbridge.  It is just a short drive from here to Avebury which was my topic for the letter A.
Points of interest about this village are the Cherhill monument, an obelisk which stands on the perimeter of the ancient Oldbury Castle earthworks.  Although known as the Cherhill Monument it is actually in the parish of 'Calne Without' and its correct name is the Lansdowne Monument - this was erected by the 3rd Marquess of Lansdowne to commemorate his ancestor, Sir William Petty. 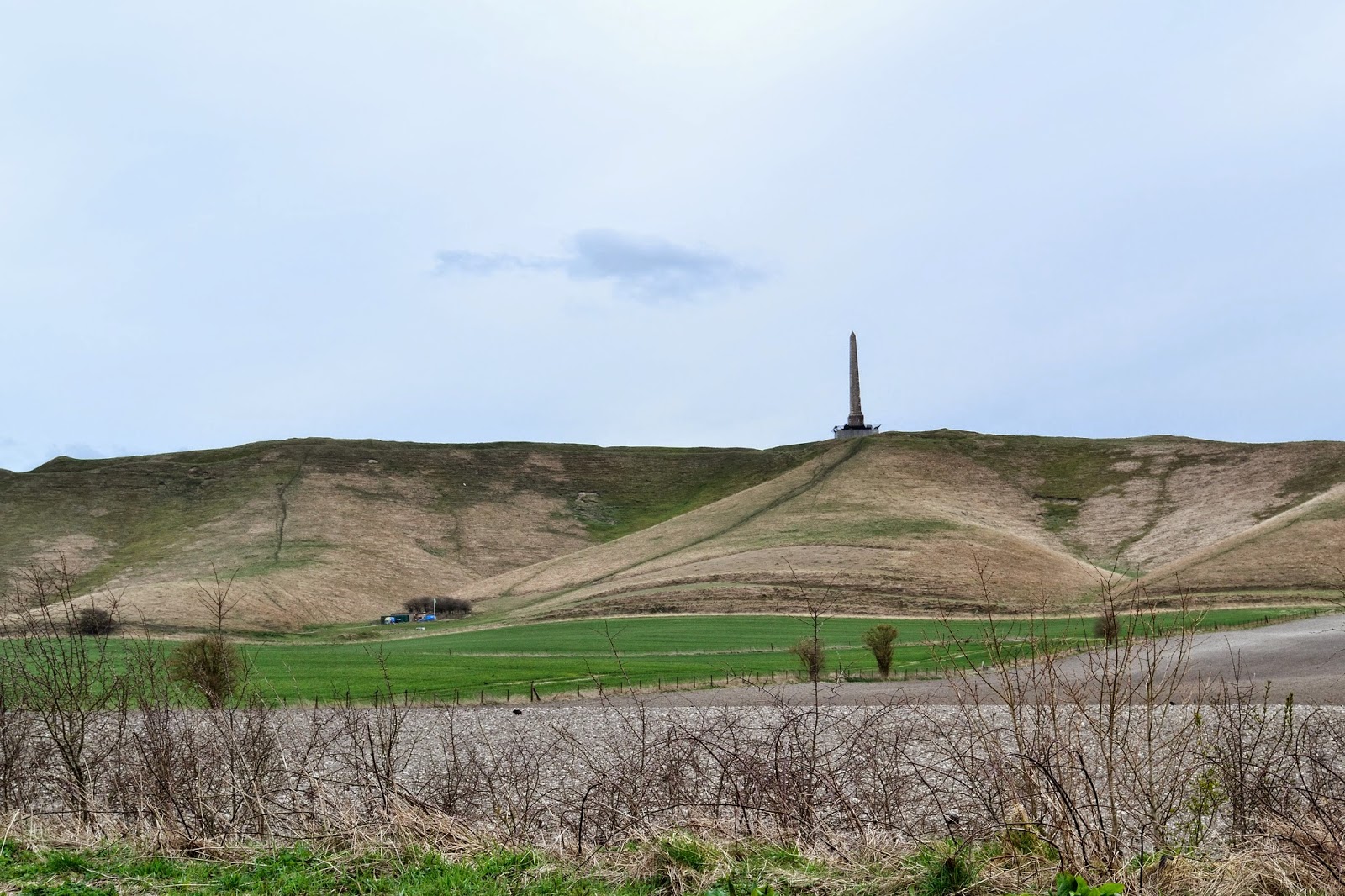 There is also a hill figure cut into the chalk hills in the shape of a horse which is to the left of the monument, just out of shot in the image above.  This was a deliberate omission on my part as the chalk horses are the topic for another letter of the alphabet!
Cherhill is one of those places where some of the road names speak loudly of what life was like in the past.  In the 19th century one road, now renamed, was always known as Rubble Lane; it is thought that this name derived from its use as the route for the loaded carts bring the chalk rubble in from downs.  No longer in existence and also in the 19th century, a lane near the old vicarage was known as Broth Lane;  the vicarage made large pots of soup to distribute to the poor of the parish, ringing a bell when the soup was ready - hence Broth Lane!
My favourite road name is the one in the following image - Labour-in-Vain Hill.  There is some confusion about the origin of the name.  One theory is that it was named after the pub of the same name which stood on this hill in the mid 1700s, the name of the pub coming from its politically incorrect sign of a white woman trying to wash clean a black skinned baby.  The other theory is that the name came from the struggle that carts and coaches had getting up the very long incline. 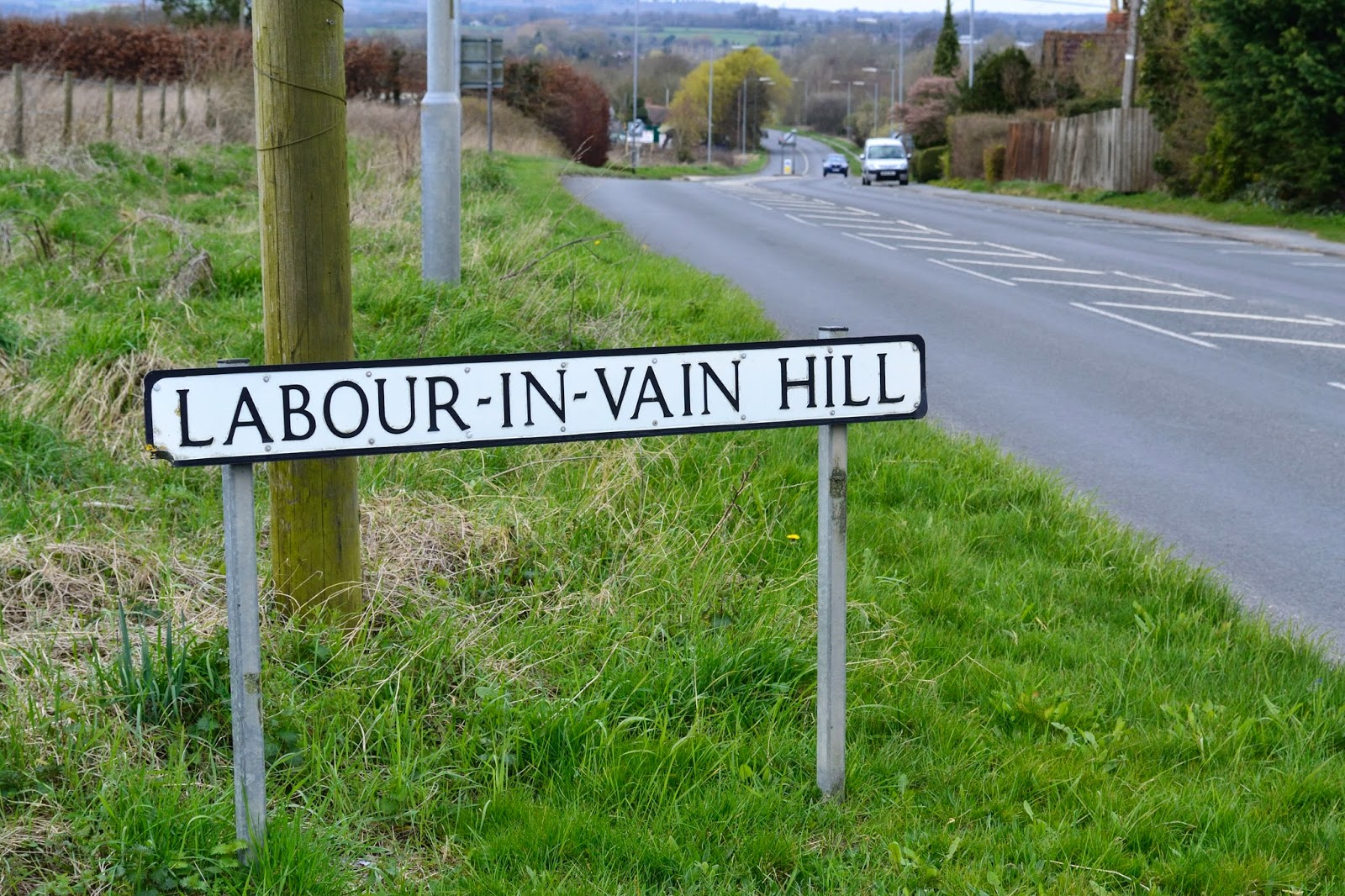 However, the main reason I chose Cherhill for the letter C was to tell you about the notorious Cherhill Gang, an 18th century gang of highwaymen who operated on the London to Bath main road which passed through the village.  The Cherhill Gang had a very unusual method of working - apparently to avoid being recognised and identified, they chose to carry out their attacks completely naked! I'm not really sure why they thought this would prevent recognition, or maybe they thought their shocked victims wouldn't be looking at their faces!! 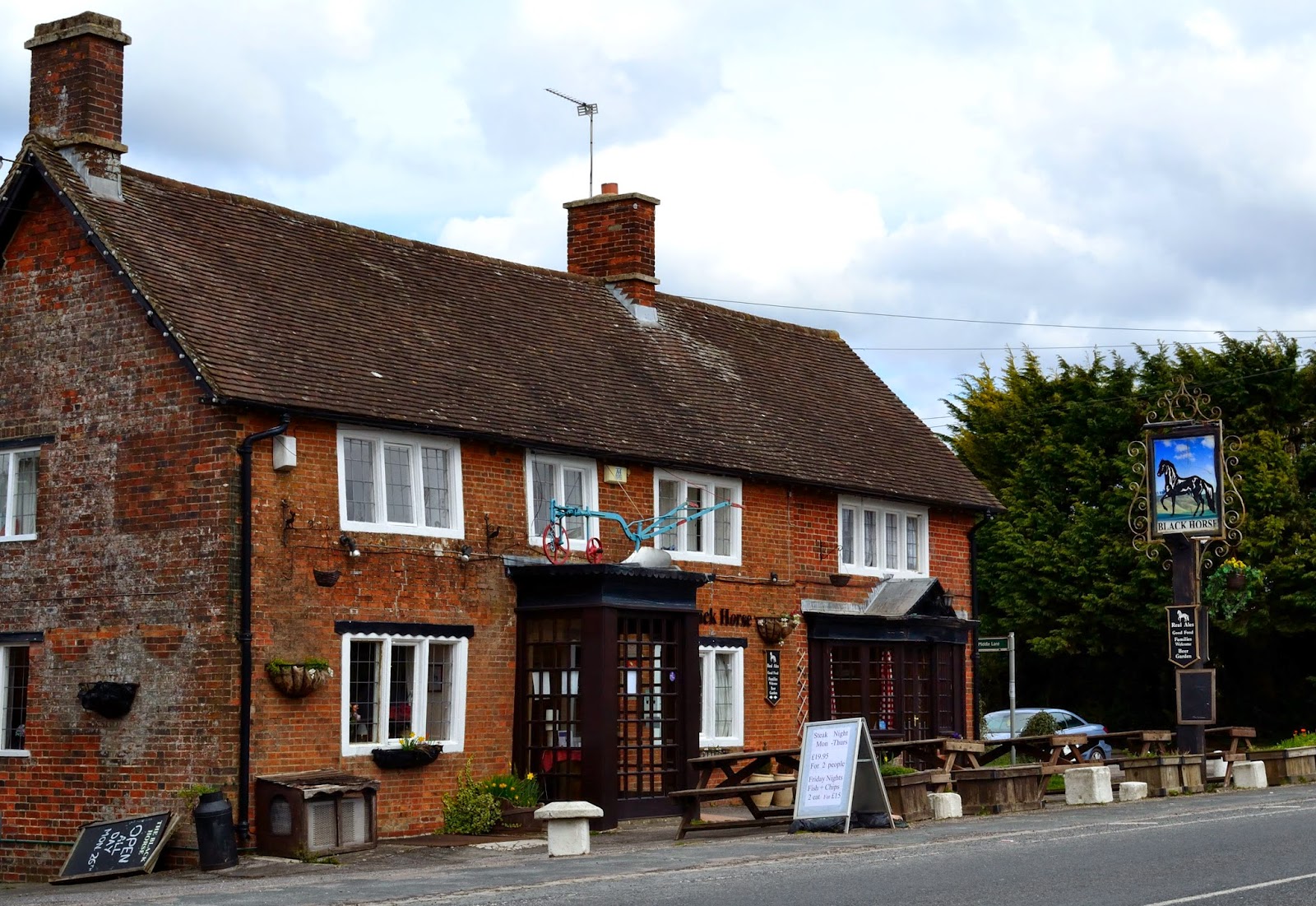 Their headquarters was in the Black Horse Inn (see image above) and there is still a contemporary painting of the gang in the pub.  I'm not sure how many men were in the gang but eventually some of them were caught and put on trial at Devizes (about 8 miles away) where they were sentenced to be hanged.  Following the hanging their bodies were hung from the gibbet on Cherhill Hill as a warning to others.
****************
Here are the answers to the dialect words:
See you tomorrow for the letter D