I've woken from eleven hours sleep to a wet, miserable day. I can't seem to shake off whatever this lurgy is. I haven't had a raised temperature since the first day and apart from sinus pains I don't seem to have anything wrong with me, I just feel exhausted and keep falling asleep. I was hoping to go for a walk today to get some fresh air and blow away the cobwebs, but the weather isn't playing nicely. It's been raining non-stop since I first looked out of the window and there doesn't seem to be any sign of it easing off any time soon.

Things are busy on the youth band front. I've been doing the Year 3 workshops in local primary schools to get new players and so far have a list of thirteen names. With one final school to see tomorrow I should reach, and hopefully exceed, my target of fifteen. I'll then have a couple of weeks to get the instruments ready to be issued at the registration session. Alongside that I'm getting the music ready for next Saturday when we're having a sponsored playing morning. The children will learn three or four new pieces and perform them in a mini concert to their parents at the end of the morning. The money raised will be donated to the Town Hall Arts, the building we're based in, rather than for band funds.

After the school workshop tomorrow, I'll be fully in retirement mode. Band will obviously continue to be a major part of my life but I now need to put other things in place. I know I have a tendency to take on too much so am making a conscious decision to take things slowly this time. I'm interested in trying the U3A photography groups; there's a choice of two but the Thursday one will be the more convenient. I'm trying to contact the organiser to see what they actually do at the monthly meeting as research on several local groups has revealed that some of the group meetings are just chatting and problem solving, where others actually use the meeting to go out and take photos. It's the 'actually take photos' type of group I'm looking to join. I know the Friday group is this type of group but I have other plans for something on a Friday so am keeping my fingers crossed for the Thursday.

I haven't heard from N or J over the weekend so have no idea whether they plan to be here tomorrow. I'm fairly resigned to the fact that the work is going to be delayed but am quietly fuming about it. It's the lack of communication that annoys me more than anything. I know the quality of their work will be excellent so am reluctant to try to find other people to do the work and anyway, a couple of phone calls on Saturday proved that it's unlikely I can find anyone to start on the work straight away. Frustration like this is stressful!

On a more positive note I met a friend for brunch in the store where I ordered by furniture. I still like it, although the chosen fabric is not quite the colour I remembered. I'd thought it was a cream/beige but it seemed more ivory/pale grey this time, which I'm totally happy with. I took a couple of photos of the sofa and the reading chair - its a shame I didn't like the colours of the display pieces as I could have bought them for a bargain price! 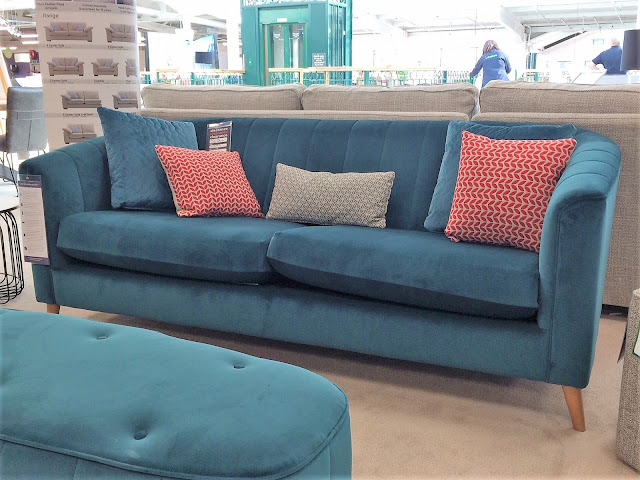 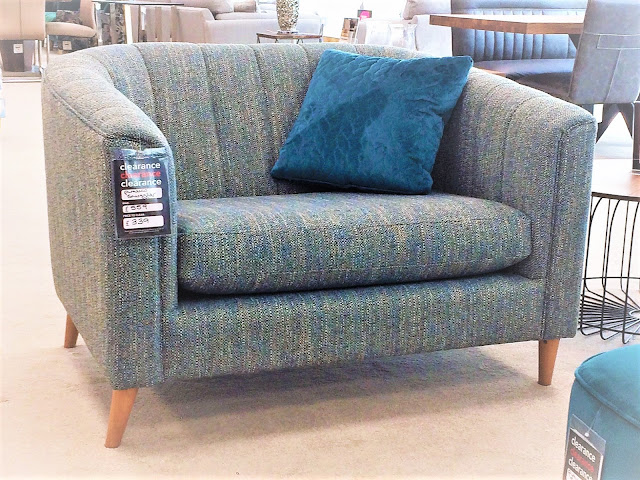