The Day I Met A Giant!

The evening before I was due to leave Liverpool I read an article about the Childe of Hale. I'd never heard this story before so, as it wasn't far out of my way, I made a slight detour to Hale the next morning.


He lived in this cottage and it is said that he grew to be nine feet and three inches (2.8m) tall, so tall that he had to sleep with his feet sticking out of the end windows. That's the tale and, according to the lovely woman who showed me around the church, local children are still told this story today. Another more fanciful reason given for his great height is that as a child he drew the outline of a giant on Hale shore and slept within that outline - when he woke up he found he was a giant! 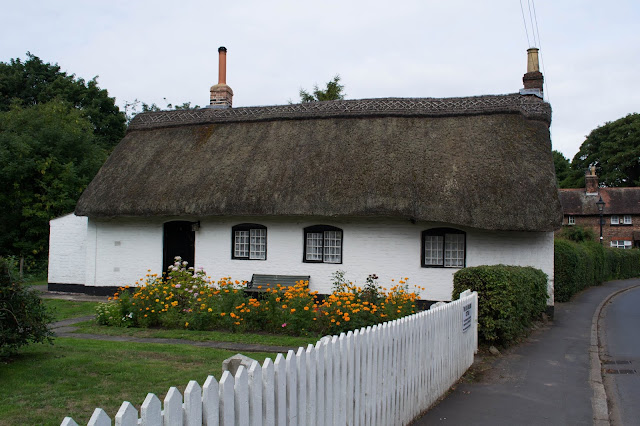 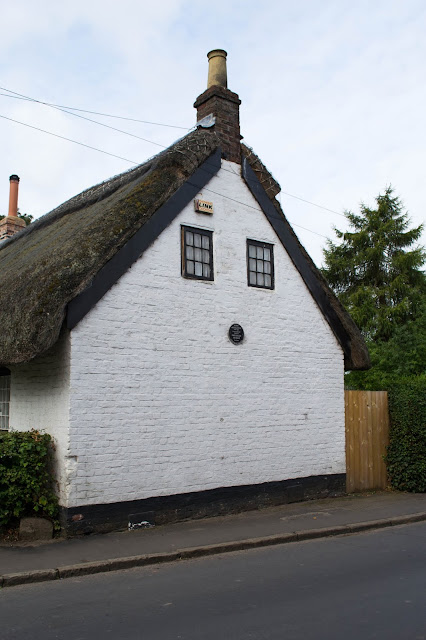 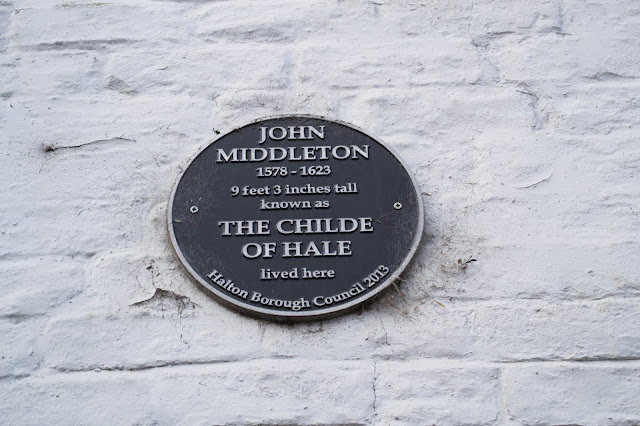 He worked as a farm labourer and bodyguard to Sir Gilbert Ireland, who was the Lord of the Manor of Hale Hall. Middleton came to the attention of King James 1 in 1617, when he accompanied Gilbert, who was to be knighted, to the King's Court. Middleton wore a specially made outfit of purple, red and gold on this occasion. It is recorded that Gilbert and Middleton visited Brasenose College in Oxford (Gilbert was a graduate and senior member of the college), where Middleton had his portrait painted. Samuel Pepys wrote about seeing the painted outline of the Childe’s hand (which remains to this day) at the college in 1668: “After came home from the schools I out with Landlord to Brasenose College to the butteries and in the cellar find the hand of the child of Hales”.

Whilst in London Middleton beat the King's champion wrestler and in doing so broke the man's thumb. The King was embarrassed by the defeat and displeased with the amount of money lost in betting on the match, so sent Middleton home with twenty pounds, a substantial amount of money at that time. Sadly, Middleton's companions mugged him on the journey back to Hale and he returned to the village penniless. He remained there until his death in 1623.

John Middleton is buried in the local churchyard. His remains have been examined at some point although it seems they weren't actually measured but just a rough comparison made to other skeletons - this was probably during Victorian times, which is when the gravestone may date from. 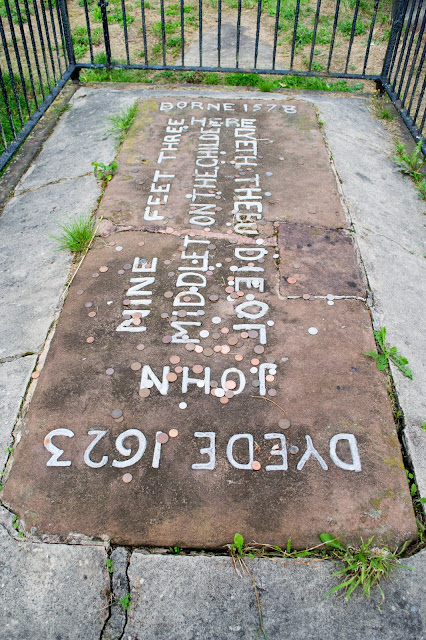 This bronze statue is a fairly recent addition to the village. The local pub is called the 'Childe of Hale' and there is large mosaic of Middleton on one of the walls. The reason why he is called 'the Childe' is disputed with one version suggesting that he was childlike and of limited mental capacity. Another reason suggests that his great height marked him out as the child of the village of Hale. 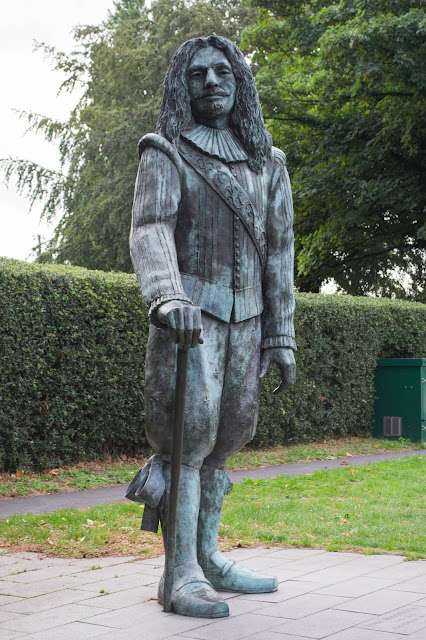 Brasenose College rowing club's first eight still retain the 'Childe of Hale' as their mascot and wear the colours of purple, yellow and red in his honour. In 1928 they presented an oar to Hale Village as a commemoration of this connection and the oar hangs on the gallery in the church. 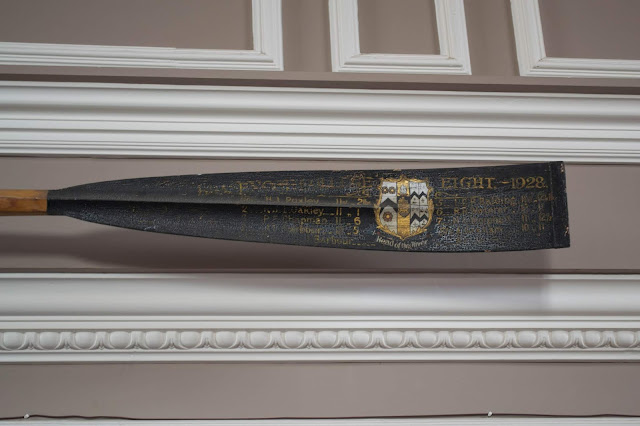