Yoohoo, anyone there? I'm back online but I don't know for how long. Kate was due to look at my laptop next week but she had a cancellation so was able to fit me in yesterday instead. My problem seemed to be a Google issue rather than just Blogger as I have also had issues with Gmail and the app used for the piano lessons which runs on Google Chrome, and all the problems all seems to be triggered by my music publishing software which also uses Google in some way. After uninstalling and installing clean copies of the apps, minus the music software, Kate has managed to get my tablet working and has taken my laptop away to knock that into shape. So here I am! I don't know whether I can view other blogs yet but at least I can access my own and I can see there are quite a few comments I haven't answered so I'll thank you all for them, but think it's unlikely I'll have the time to respond to all of them now.

It's only been a week but it seems a lot longer than that and it's made me realise just how much the daily contact with you all via your blog posts and comments enhances my daily life ... definitely comes under the heading of 'Reasons to be Cheerful'! I suppose I should have warned that this post is photo heavy right at the start but I forgot ... I'm catching up with my daily photos!
So I'll catch up with what's been happening over the past week. M came to tend the garden on Friday and was pleased with how it's all doing considering the lack of rain. We don't have a hosepipe ban in this area and Wessex Water are saying that they are not expecting to impose one but are asking us to be sensible about our usage. So, I'm trying to save water as much as I can and have packed the hosepipe away for now. I've changed to using the watering can on the pots every other day and only watering the flower beds once a week and so far it seems to be working. There's still plenty of colour but closer inspection of some of the pots shows that quite a few of the plants have been frazzled by the heat.

My personal training sessions are going well and this week it was obvious just what a difference it has made to my dodgy knee. For the first time I was confident about balancing on that leg ... pain free and it felt really stable. There's obviously a long way to go but it's given me a boost to have achieved that in such a relatively short time.
I'm taking a break from the piano lessons during the school holidays but will continue to practice daily. I'm also making a start on a couple of new pieces, just to ring the changes and keep it interesting.

Around the home, I've been concentrating on sorting out the kitchen and dining room cupboards, which has added to the pile of decluttered items. Joy came round to see the garden and has been a huge help, taking some of the books and picture frames as well as the box of items for the charity shop away with her, which has saved me a trip into town. I'll be ordering the table and chairs next week so that will be another thing ticked off the list.

I met with J on Monday to go out for an early evening meal. We had a voucher for 10% off the cost of meal and drinks which is why we'd opted for the Monday but we got to the pub to be told it had all changed and they no longer served food on a Monday! We looked for somewhere else to eat in the town centre (it was way too hot to walk down to St Stephen Square where a lot of the restaurants are) but it seems that all the town centre restaurants are closed on a Monday evening, so we went back to J's home and ordered a takeaway delivery instead. Apparently we can use the voucher on a Wednesday so we're trying again the week after next.
I'm still sticking to my goal to only switch the TV on when I know there is a programme I want to watch and am feeling much better emotionally for doing that. With all the sports coverage there has been very little that interested me but I did watch the first episode of Shetland last night. I think it's a new series, series 7, but it was new to me anyway and I enjoyed it.

I haven't been out much because of the heat so have dedicated some time to meal planning. I'm keen to make a few changes to the way I plan and organise my meals to increase the variety of foods that I eat but also to start having desserts again, at least with the main meal of the day. The Simply Cook kits have been a success and I want to continue using them. The ones I've had so far have been very tasty and easily stretch to three portions from each kit (instead of the two stated on the recipe card) so it's working out cheaper than I expected, and is definitely cheaper than takeaways.

There's nothing in the diary for today. I was supposed to be meeting with A for a couple of games of Scrabble but her husband is back in hospital so she has had to cancel again. I'll spend some time sorting through the decluttered items currently stacked in the music room ... I'm not sure what's in some of the boxes ... and decide what to do with it all, but will probably spend most of the day curled up with my latest book - Snap by Belinda Bauer.
It's good to be back! Fingers crossed that I'm able to visit all your blogs as well!
Labels: Decluttering Everyday Life Food Friends Garden Health and fitness Home Project 365 TV Shows 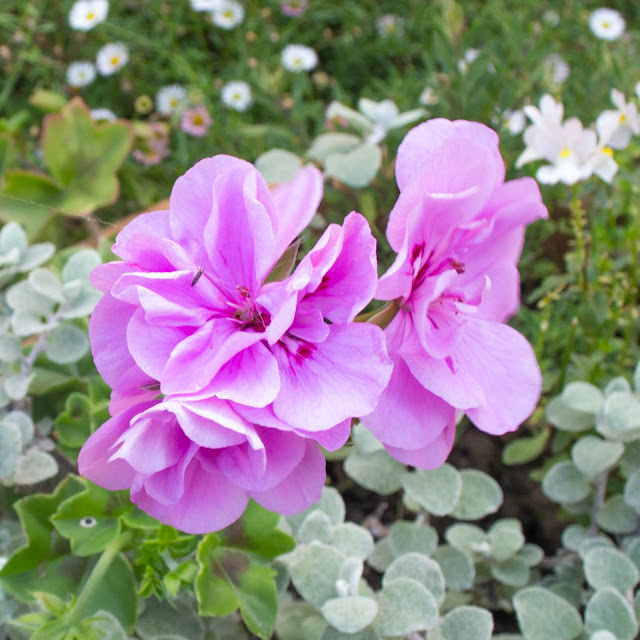 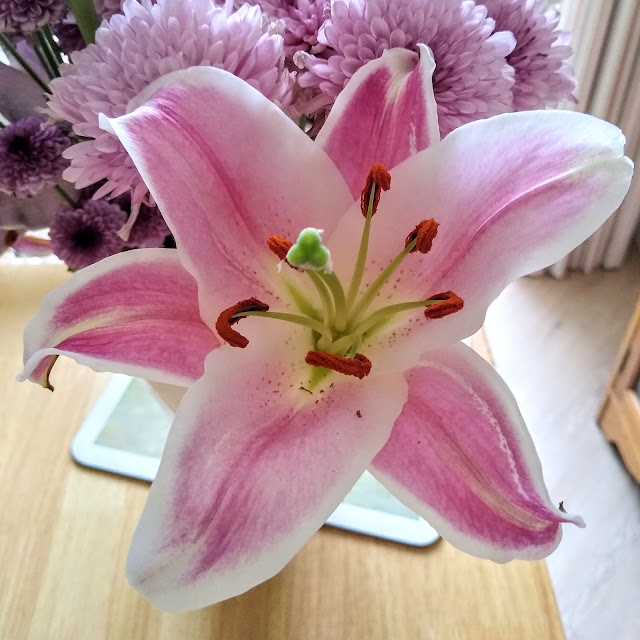 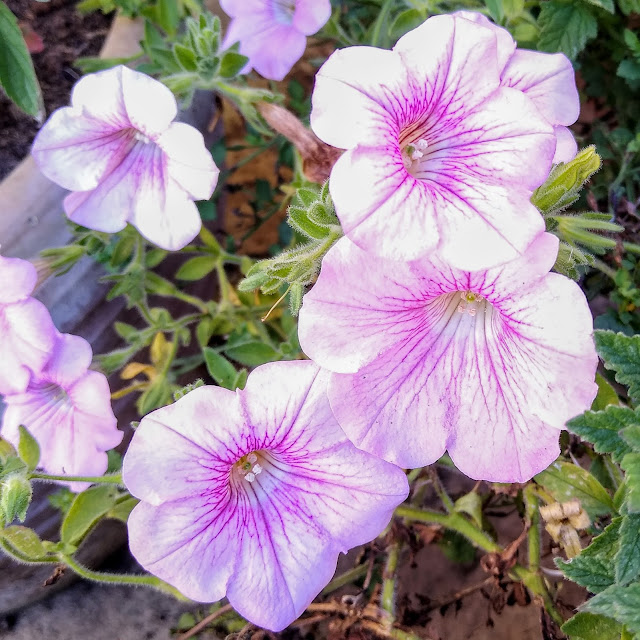