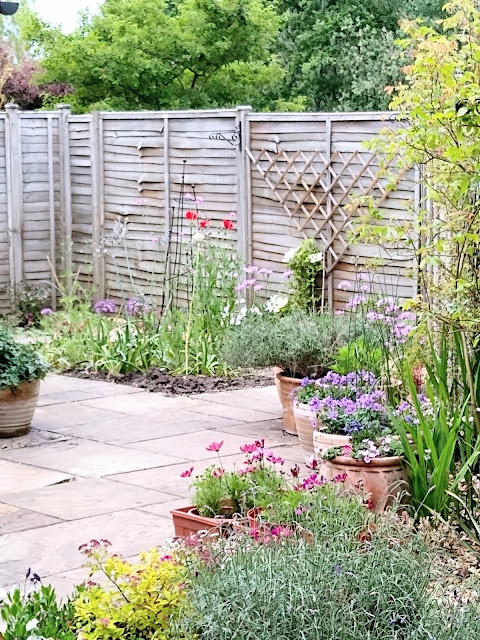 The parcel arrived as promised yesterday morning so that's now been wrapped ready to pass on to E next time I see her. I made a start on sorting the music books but my heart wasn't in it so I gave up after an hour or so. I'm putting that down to a bad night's sleep and a complete lack of energy for most of yesterday.

I had a couple of naps during the morning which was just as well as the one thing I did forget was that L and P might be calling in. They'd actually changed their plans so, instead of a flying visit, arrived early enough to go out for a late lunch. L looked much better than she has for a long time, which was so good to see. They continued their journey around five o'clock so it was a bit too late to think about the art trail and to be honest, I was too tired. They'll be back this way in a couple of weeks so, all being well, we will meet up again then.

The Afghani chicken recipe from the Indian cookery class has been squeezed into next week's meal plan. It looked delicious ... the recipe photo doesn't do it justice! It's a spicy coating so a 'dry' chicken rather than a gravy/sauce, which makes a pleasant change and will make a lovely dish for a picnic. That's the plan anyway.

Today, it's the nutrition focus this afternoon for an hour but the rest of the day is pretty much free to do whatever I fancy, which happens to be reading in the garden and taking some photographs, and then a walk down to the church later in the afternoon.