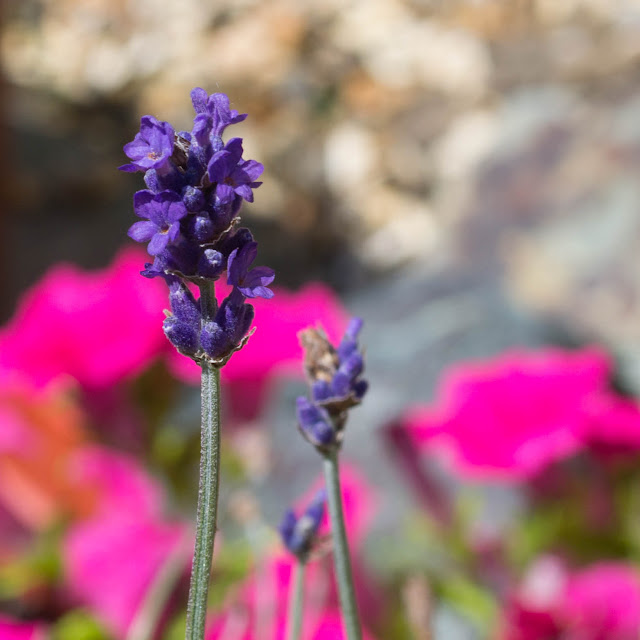 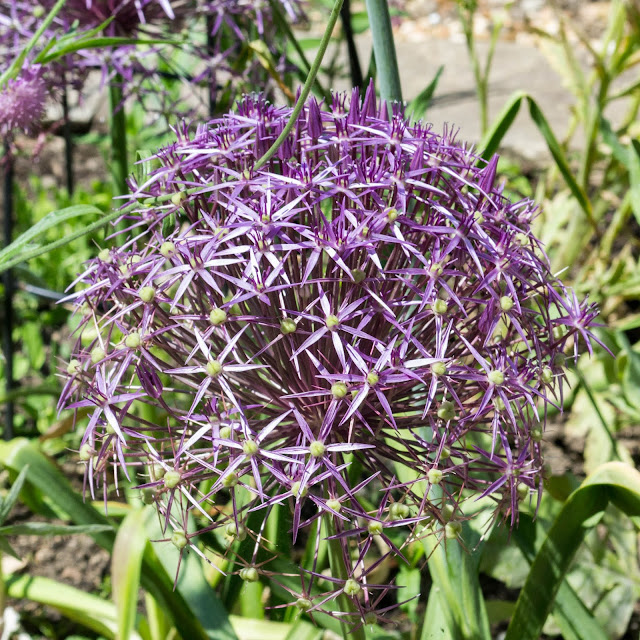 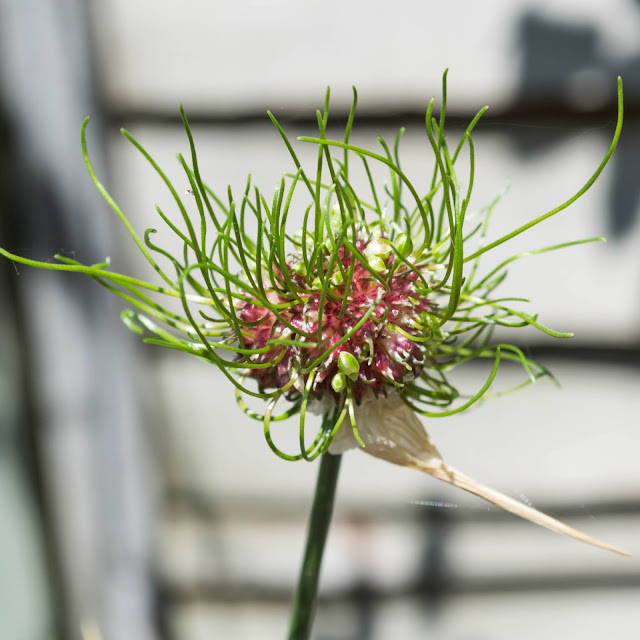 The last photo is of one of the hairy alliums and their days are numbered. They've been a disappointment - much taller than expected (40+ inches instead of 6) and the flower head is tiny and not as colourful - so they are going to someone, which sounds a bit vague but someone who's seen them really liked them and will be taking them away. I just can't remember who that someone is! To be honest, they give me the creeps so whoever it is will be doing me a favour!
About half of the new plants are here now and, I think, the rest are in transit so everything should be here in time for M's next session. I still need to buy some more containers and a check of the topsoil confirmed that there won't be enough so I need to speak to M to decide what to do - another bulk bag, the majority of which will need to be stored, or just a quantity of smaller bags from the garden centre to complete the current planting.
It's the Indian cooking class today and this week's recipe is chicken jalfrezi, which I am really looking forward to. Around that, I plan to spend the day moving all the old photography equipment to the playroom and start completing the forms to sell online. I'm approaching two companies who buy used equipment and will sell to the one that offers the best price. I'm not expecting to realise a lot of money for each individual item but there is a lot of stuff in that grey area where it's still worth too much to send to one of the charity shops, so because of the sheer quantity to be sold I should end up with enough to buy a new DSLR if that's what I decide I want to do ... which I'm sure will be the case ... and I may have started looking at the latest models already!
Posted by Eileen T at 6:00 am