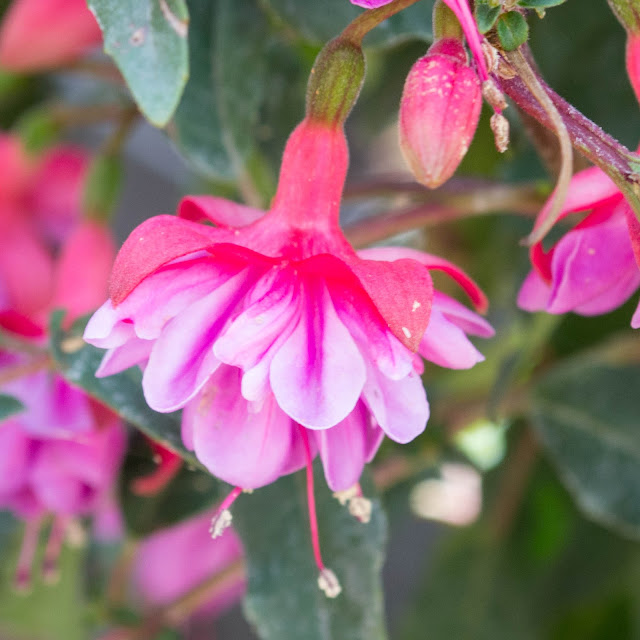 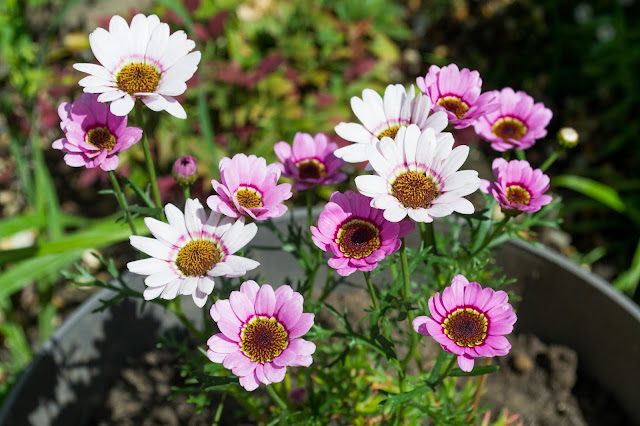 ... still plenty of fuchsia flowers and the marguerites are starting to fill out.

I had a lovely productive day yesterday ... except on the decluttering side of things. I made a token effort and took some (really poor quality) photos which will need to be redone before I can place any adverts! On the plus side I did two loads of washing, completed a list of assorted admin tasks, and applied for my state pension. Am I the only person who is annoyed that we have to apply for the pension to be paid? I also spent a pleasant hour or so out in the garden soaking up the sunshine while I got on with the deadheading - I love having all the flowers but the deadheading is a never ending job. It is quite a therapeutic task though.

I spoke to my sister yesterday and heard the dreadful news that, she is fine but some family members, including some of the children, have tested positive for Covid. Fortunately they all appear to have mild cases so I am praying that they all make a full recovery. The second bit of bad news was that another one of the children came off her scooter on holiday so has spent a night in A&E. She has broken a bone in her hand and her face is swollen and grazed, and although she hasn't lost or broken any teeth she will need dental treatment when they get home. They say that bad news comes in threes so I'm wondering what the next lot of news will be? There was some good news though ... Baby R is taking his first unaided steps at almost 11 months old!

M will be here this morning to tidy up the garden. It's mostly weeding this time but the four climbing roses and the new cotoneaster could do with some attention as well. She dropped off a load of poppy seed heads when I was out on Wednesday - lobbed them over the side gate - so she'll do whatever she needs to do with those as well ... these are red poppies!

Apart from that I have nothing else planned for today although I really should get on with the decluttering. Whether I will or not is an entirely different matter!