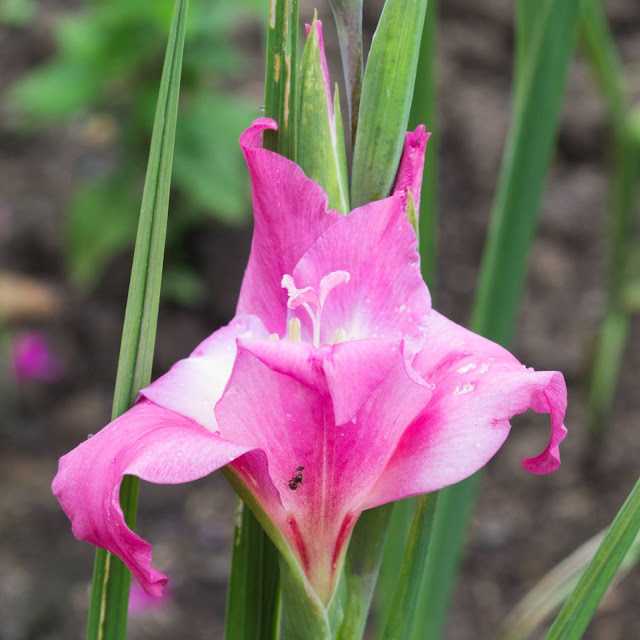 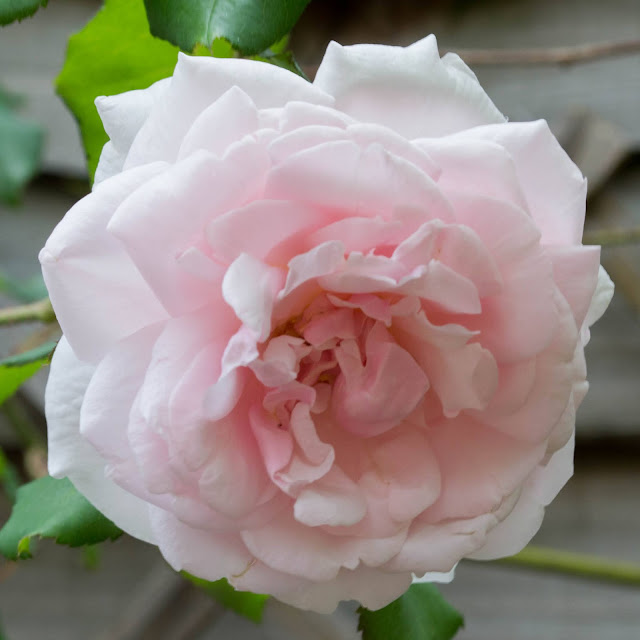 ... the first of the gladioli has flowered ... I didn't spot the photobombing ant when I was taking the photo, so sorry about that. The colour isn't at all what I was expecting but I do like it and it fits in with my colour scheme so, as long as the rest are the same, they will stay ... I was expecting a much deeper colour. When I looked at the roses earlier on the white rose was covered in flowers but after a bit of wind and rain this was the only one left intact!

I had a lovely time with Joy yesterday morning. She gave me a guided tour of her new home and yarden (a cross between a yard and a garden 😀) and we chatted for ages so I left for home feeling cheerful and relaxed. I'd originally planned to go shopping after seeing Joy but I probably outstayed my welcome stayed for much longer than I'd planned so went straight home and placed some online orders instead.

In the afternoon I spent a bit of time sorting out the mess in the music room. I made a start on clearing the stacking boxes as that's the task that'll take longer to complete but will let me reclaim some much needed floor space in a very small room, and is also the one I don't really want to do! It'll take a while but if I chip away at it and do something every day, I'll soon get it done. I'll carry on with that this morning if I have time, fitting whatever I choose to do around the nutrition class.

This afternoon it's the performance of Priscilla, Queen of the Desert. I've been dithering about whether to go but now the day's actually here I'm looking forward to it and will be taking my seat in the front row of the Royal Circle. The theatre emailed to advise that they are staggering arrivals and departures to reduce the number of people moving through the theatre at any given time so, as I will be one of the first to go in, will take a book to read while I wait for the performance to start. Everyone is asked to remain seated at the end of the performance until the theatre staff indicate that your row can leave. Adding those arrangements to the fact that masks have to be worn and I think the theatre has done as much as possible to keep it safe for everyone.