The Day I Went to Farleigh Castle

I have been to the castle too many times to count but every time I drive through the gatehouse archway I get that same old thrill and yesterday was no exception. It was so good to be back!

It wasn't very busy at all. I only saw three families while I was there, but just my luck that I'd taught the children from one of these families and, as they aren't that well behaved, my heart sank a little when I saw them. To my relief they informed me, at the top of their voices, that they were sick so couldn't come close! I have no idea what they were doing there in that case but the ticket man heard them and I saw him walk over to talk to the parents. Anyway, considering there were so few people there I didn't manage many photos without any of them in shot so here are the few people free photos I took.

This first one is taken from the car park, looking over the western moat. 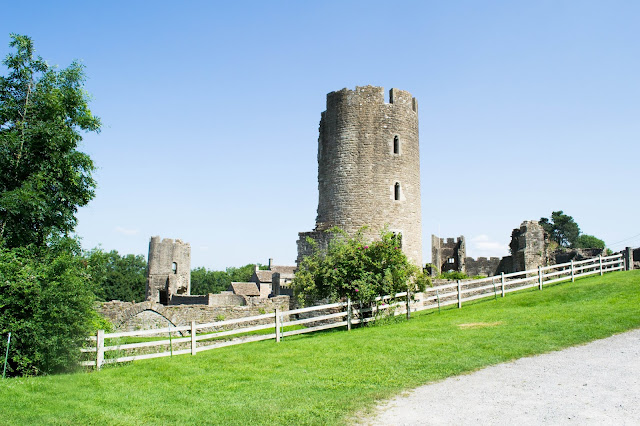 The moat is now grassed but I wish it was still filled with water. The part of the round tower you can see on the right of the photo below is the south-west tower which is in the centre of the first photo. I'd love to live in that thatched cottage, right by the castle. 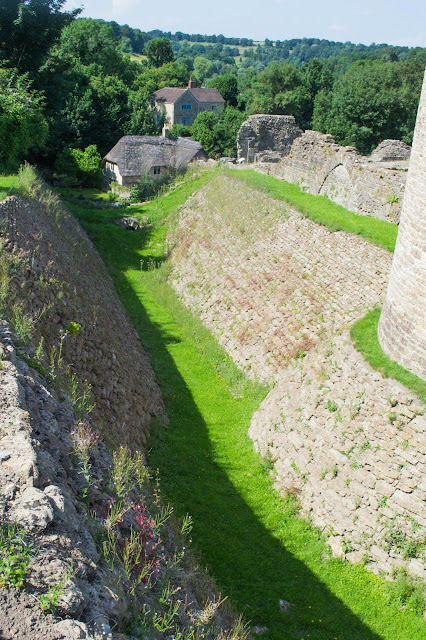 It was really too hot for sightseeing so I started off down in the cool of the crypt. This was created around 1600 to hold the coffins of the Hungerford family and contains lead coffins, four of which have faces moulded on them. I've always been saddened by the two infant coffins. 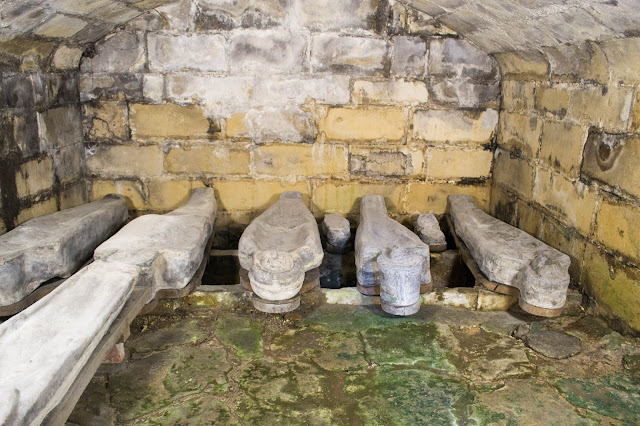 It seems that graffiti has always been an issue. The walls at the bottom of the steps leading down to the crypt are covered in names and dates; it must have taken them ages to scratch their names into the stone. 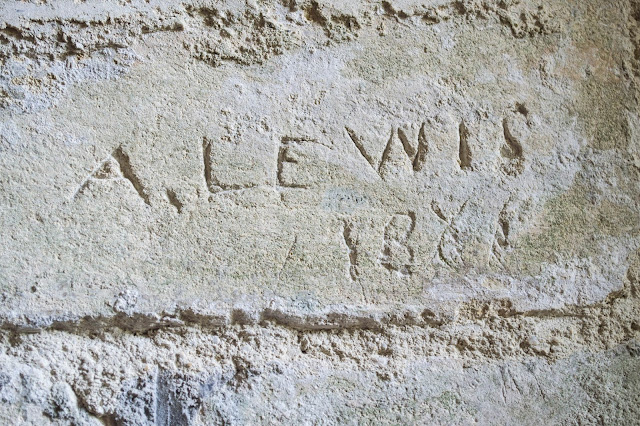 Next stop was the chapel. I didn't stay long in here as another family followed me in and I couldn't take many usable photos, but I did manage to photograph one of the wall paintings and one showing the font and the roof beams, plus a possibility for my monthly photo challenge.
I've played in a carol service in this chapel, and when I was a school the school choir performed here, so it holds special memories. The acoustics are pretty good too! 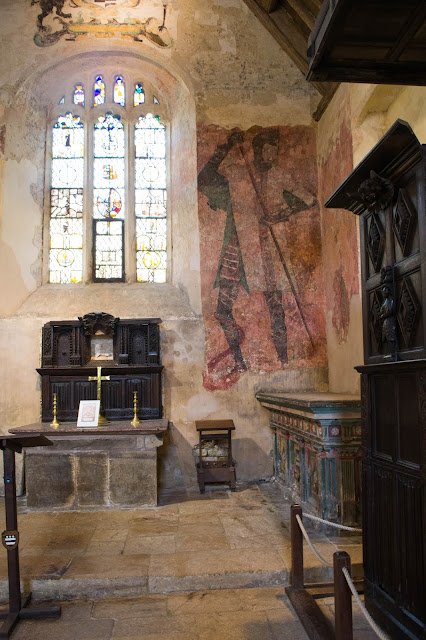 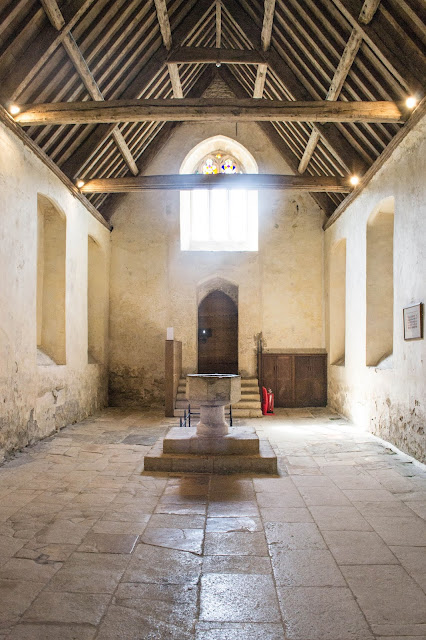 To finish, some photos looking out over the neighbouring farmland. 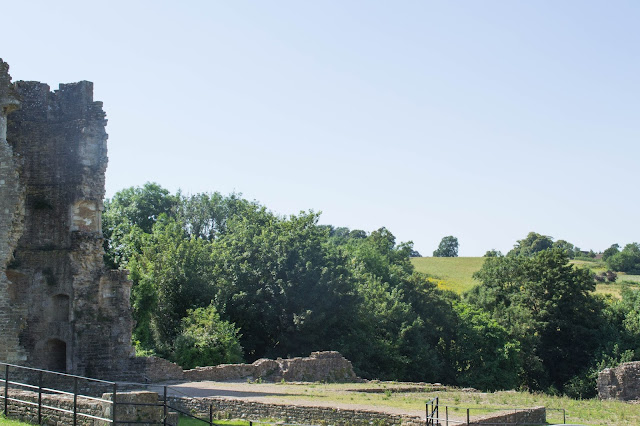 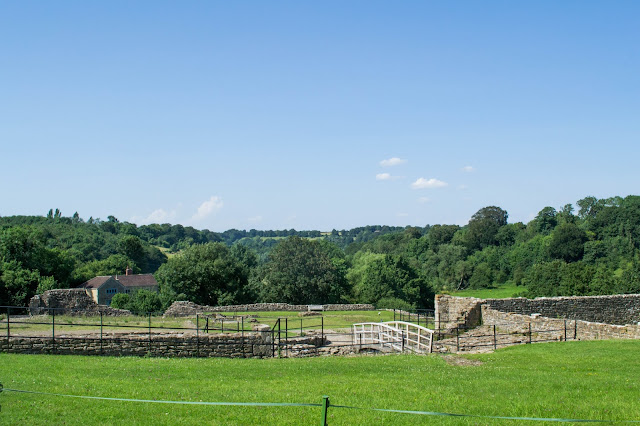 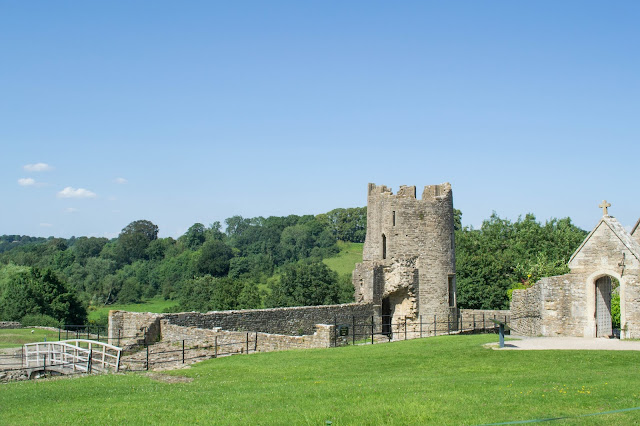 The castle has a fascinating history which you can read about here if you are interested.
I was drinking plenty of water but still had a bit of a funny five minutes so I wandered back to the car, which fortunately was parked in the shade, and read for a while before leaving for home. With the air conditioning on I soon cooled down and felt okay so I stopped just round the corner from the castle to take these photos of the village near the bridges that cross the River Frome. 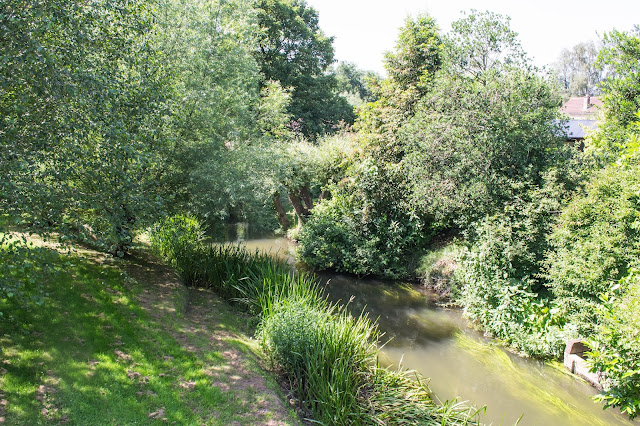 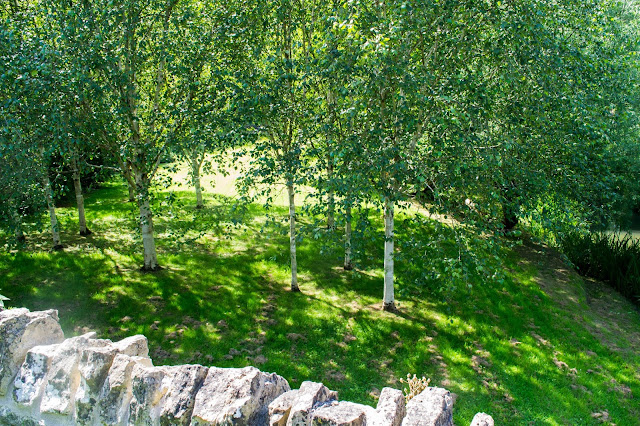 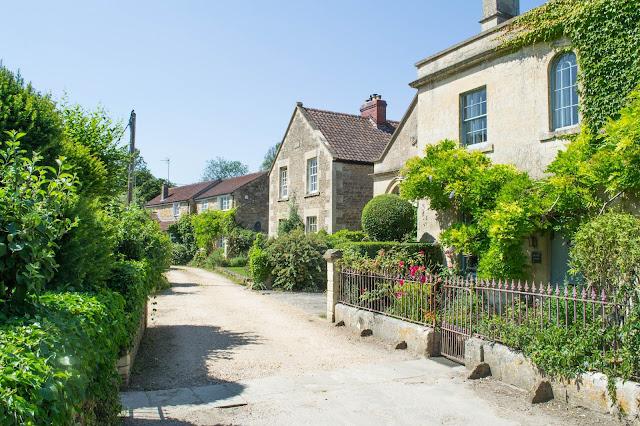 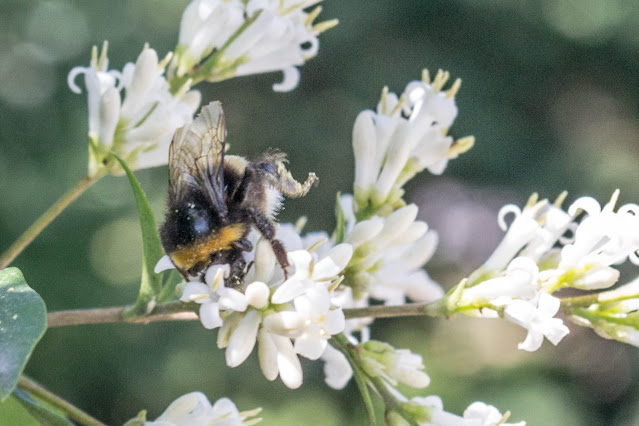 *****************
Today is supposed to be just as hot so I don't know whether to stick to my plan and go to Bradford on Avon or find something else to do. I'm thinking Clanger Wood may be a cooler option but I'll see how I feel after breakfast. I'm meeting L for coffee this afternoon, which I'm sure will involve a lot of laughing as I will be hearing all about her recent camping escapades! There will be cake as well 😀
Posted by Eileen T at 6:00 am