Wishing you all a Happy Easter. 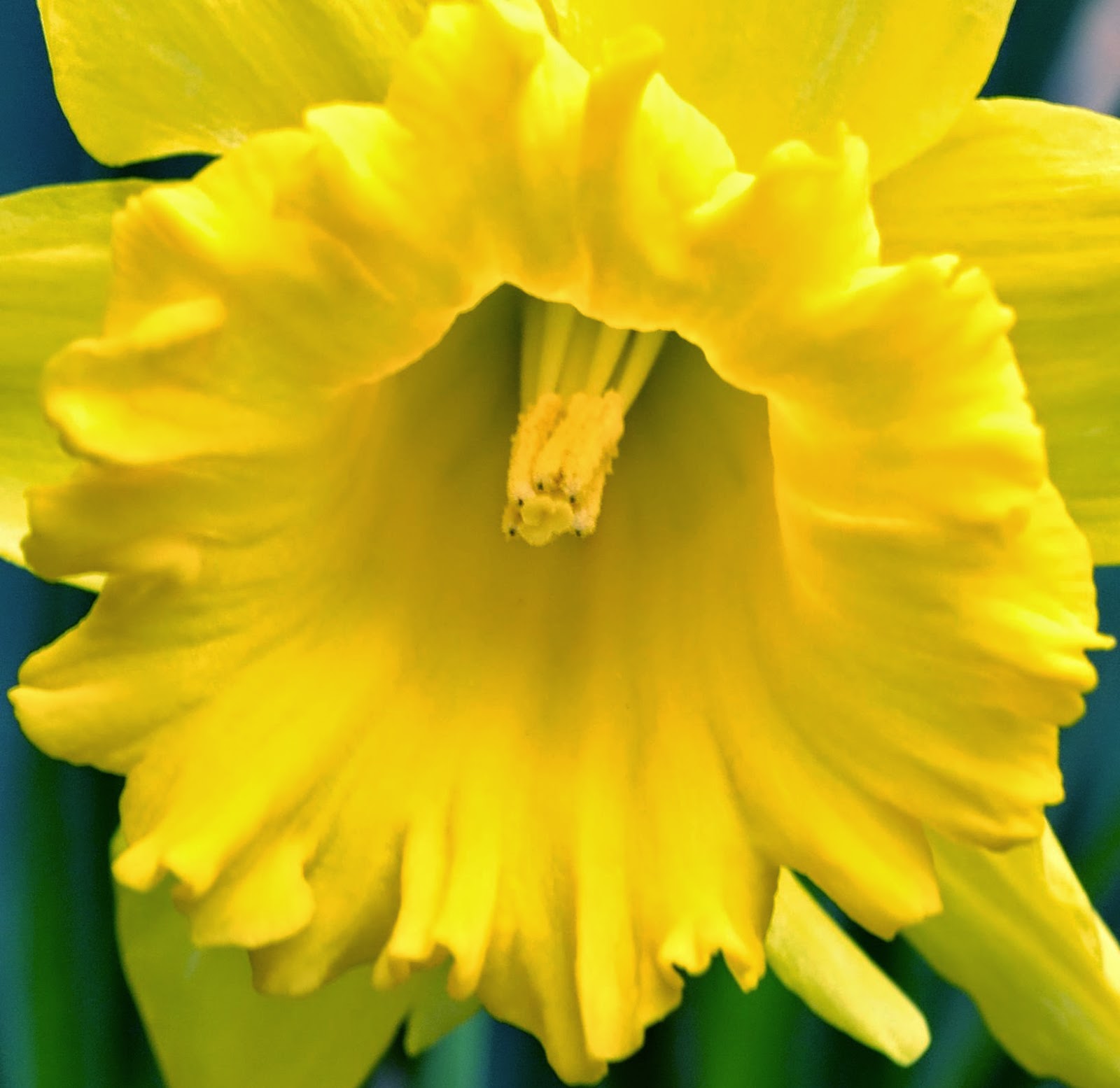 It's been a lovely weekend which started with a last minute decision to book myself on a Mystery Tour on Good Friday.  I don't know why but I was convinced we would head south and, of course, I was completely wrong - we headed north which completely flummoxed me as I hadn't checked the map for north and geography isn't my strong point.  It was pouring down and I'd been crossing my fingers that we weren't headed to the beach, so the fact that we were going north was promising.  Anyway, we ended up in the city of Gloucester with the choice of going to the Quays shopping complex or to the city centre. I opted for the city and had a very enjoyable couple of hours wandering around photographing anything and everything.  The rain stopped and I managed to take all my photos for Greenthumb's scavenger hunt, my street plant photos for Loose and Leafy's meme and plenty of others for my own write up later this week.
I headed back to the coach in plenty of time, thinking we'd be heading back home but the organisers had decided to take us on somewhere else to make up for the fact that the bad weather had meant we'd ended up in Gloucester instead of their original plan of going to the coast.  So all back on the coach to settle down with hot drinks and biscuits and on to our next mystery destination, which turned out to be Chepstow Castle. Two good places for me and I was perfectly happy with the day, but I think some of the others may have been less than pleased!  So into the castle and loads more photos taken.  I'll go back there again one day as I didn't have the time, or the correct lenses with me, to take all the photos I wanted to.  Then back on the coach for a free Easter raffle - I didn't win! - and then back home and it's another thing crossed off my 101 things in 1001 days.
The rest of the weekend has been very quiet and I chose to stay at home on my own.  I woke up on Saturday with a bit of a headache and that dizzy feeling again, so home was the best place for me. I've had plenty of foody treats and have spent most of my time reading - my sister sent round a stack of books so I have plenty to choose from. I spent an hour or so tidying the garden this morning and I've looked out some new music for the piano which I'll have a go at later this afternoon.  I've had a few flying visits from family so the children could collect their eggs but we've never really made a big thing of Easter so there were no parties or anything planned.
I have the rest of this week off but don't have anything special planned, I just want to relax ...  but if the weather stays fine I'll be off to the garden centre to spend my Christmas vouchers.
Linking with Sian @ From High in the Sky.
Labels: Me on Monday